Origin and distribution: The Boran is a zebu breed maintained by the Borana pastoralists of southern Ethiopia and contiguous areas of Kenya and Somalia. It is most likely that its ancestors arrived in the horn of Africa about 1,300 to 1,500 years ago from southwest Asia. Large numbers of these animals migrated from the liben plateau of southern Ethiopia, the country of origin to Somalia (where they are named as the Awai cattle) and Kenya (where they are known as the Tanaland Boran and Orma Boran). In the 1920s, European ranchers in Kenya purchased the Tanaland Boran cattle and through selection developed the improved Boran or Kenyan Boran. The breed has also proved popular in Tanzania, Uganda and the Democratic Republic of Congo [CS 1.2 by Mpofu]; [CS 1.11 by Gwakisa].

In 1947 some of these cattle were exported from Kenya to Zambia. The Boran Breed society in Zambia has the largest number of registered cattle in the country. Recently the Boran Breed was introduced to Australia, the United States, Brazil and Mexico [CS 1.2 by Mpofu]. Importations to these countries were meant to improve beef productivity in the stressful tropical rangelands not only in pure Boran breeding programmes, but also in systematic crossbreeding schemes.

Depending on location and physical characteristics, five strains of Boran have been identified (Rege, 1999): Ethiopian Boran (Borana), unimproved Boran (Boran), Orma Boran, Somali Boran (Awai) and Improved or Kenya Boran (Commercial breed). However, data is limited and the varieties are still yet to be characterised and hence, formation of breed society for conservation is proposed. Recent phylogenetic study by Hanotte et al. (2000) indicated the Boran has 100% indicine Y allele. However, autosomal microsatellite data from the same study indicate presence of B. taurus genes in the Kenya Boran [CS 1.10 by Okomo]; [CS 1.11 by Gwakisa].

Physical characteristics: The Boran cattle are usually white or grey fawn. But light brown and black or dark brown shading on the head, neck and shoulder and hindquarter also occur. The hooves and muzzle are always black and any light colouration in these parts is indicative of presence of foreign blood, usually of European taurine type. They have a well-developed dewlap and preputial sheath; they have small ears, which are occasionally pendulous and are greater in males than in females. They have deep chest, slightly slopping rump and well-developed hindquarters.

Peculiarity: The high number of sweat glands enables Boran cattle to withstand high ambient temperatures and hence they thrive well in dry and low rainfall areas - for instance 500-800 mm per year in their original habitat (or Borana area) of Ethiopia.

The Boran has the ability to walk long distances even in the hot sun in search of water. The breed can withstand water stress and it is a common practice for the Borana herdsmen to water their cattle every 3 or 4 days (Nicholson 1987). It has been shown that Boran cattle exhibit compensatory growth, which enables them to pick weight after losing it during the peak dry season.

Breed status: According to a report by Rege (1999), the estimated population of the Ethiopian Boran was 1,896,000; the Improved Boran in Kenya was estimated at 580,570, the Unimproved Boran in Kenya was about 1,882,000 and Orma Boran was at 547,000. Numerical data for Somali Boran was not available (Rege 1999). Recently, there was a massive death of cattle in the Borana region of Ethiopia due to severe drought as main cause for the declining Ethiopian Boran population. The breed is already popular in Australia and North America, where breed societies for it already exists, hence further protecting it from endangerment.

Utility: Pastoralist herders use the Boran mainly for milk; however, the commercial interest is for beef. At Muguga, Kenya age at first heat, at first service and age at first calving for Boran females were reported to be 15.6, 21.7 and 32.2 months, respectively (Ronningen et al. 1972). Age at first calving at Adami Tulu ranch in Ethiopia was reported to range from 36 to 45 months. Although highly variable, the calving percentage of Boran was seen to be as good as the indigenous Ankole breed (79%) when both were examined in Uganda; it was greater than Afrikaner and Barotse in Zambia (66 vs. 54.2 and 57.2) and reached as high as 94% in Adami Tulu Research Station of Ethiopia. In the Commercial ranches of Kenya, improved Boran heifers calve down for the first time, on average, at 39 months of age, with calving intervals among cows of 13.8 months, and calving rates of 89% (Okeyo et al. 1998).

Boran cattle are very versatile, and adapt well to various environments. The cows are very efficient converters of pasture forage into body fat deposits, which are later, mobilized during periods of feed scarcity and lactation. The cows therefore hardly lose conditions during lactation or slight droughts. Boran cows hardly experience calving difficulties, even when carrying crossbred claves, which are sired by larger breeds, such as Charolais (Were et al. 1973; Tonn, 1974; Boran Cattle Breeders Society 1998). Their crossbred progenies produce high quality carcass (Hill 1993; Herring et al. 1996; Cundiff et al. 1998; Gazzola et al. 1999), hence, they are preferred by commercial ranchers in Kenya, and increasingly too, in other parts of the world as dam breed of choice in terminal beef cattle crossbreeding programmes (Thorpe et al. 1980), [CS 1.2 by Mpofu].

The average adult live weight differs depending on the status of improvement, level of management and production system. For example, mature bulls of the Improved Boran in Kenya were reported to weigh 550-850 kg and those for cows were 400-550 kg (Kimenye 1983). The birth weight under range condition of Ethiopia is indicated to be 18 kg, while it is nearly 25 kg in research stations of Ethiopia and in the commercial ranches of Kenya. The 252-day weaning weight of the Boran in the commercial ranches of Kenya is 185 and 168 kg for males and females, respectively (Tonn 1974). Due to this good beef performance, it is indicated that Boran could be used to improve small East African Zebu; their crosses showed about a 10 kg weaning weight increment to the latter group of breeds. Similarly, it is indicated that Boran can be used to improve indigenous Zambian breeds. At Adami Tulu station (Ethiopia) average daily gain of the Boran was 696 g/day when fed hay and concentrate, 546 g/day when fed pasture and concentrate, and 385 g/day when maintained only on pasture. The respective figures for carcass weight were 266, 236 and 194 kg with dressing percentage of 57.2, 55 and 50.5. Superiority of the Boran dams over Ankole and other Zebu dams for growth characters of their calves has also been demonstrated.

Boran cows are also good milkers. In Kenya, Muguga, improved Boran cows have produced 1130 kg milk over a 36 week period during which calves were suckled three times a day; at Ngong, milk yield in the first four lactations of Boran cattle was reported as 866, 1088, 1084 and 912 kg with a respective lactation length of 213, 234, 220 and 199, and with butter fat percentage of 5.7, 5.8, 5.9 and 6.1, respectively (Anderson 1935), under more favourable production environment, in Naivasha Boran cows produced up to 1657kg of milk per 252-day lactation (Kimenye 1983). On the other hand converting calf growth up to 7 month in to milk intake and adding recorded values of milk off-take for human consumption, lactation milk yield of Boran cows was calculated to be 843 kg under the pastoralist system in Ethiopia (Maule 1990).

The average daily gain of Boran crosses at Alemaya University, Ethiopia was observed to be 1.16 kg when kept on a diet consisting of 30% native hay, 20% molasses and concentrate supplement, with Simmental, Friesian and Jersey crosses gaining 1.27, 1.16 and 1.08 kg, respectively.

The Boran had higher carcass weight when compared with Angoni and Barotse breeds of the same age group, while Boran and Angoni were similar with regard to dressing percentage (54%) (Thorpe et al. 1980a,b,c).

Lampkin, K. and Lampkin, G.H. 1960. Studies on the production of beef from zebu cattle in East Africa. II. Milk production in suckled cows and its effect on calf growth. Journal of Agricultural Science, Cambridge, 55:233-239.

Nicholson M.J. 1987. Effects of drinking frequency on some aspects of productivity of zebu cattle. Journal of Agriccultural Science (Camb). 108:119-128.

Tonn R. 1974. The suitability of Boran and its crosses with European breeds for beef production under range conditions in Kenya. PhD. Disertation, University of Gottingen, Germany. 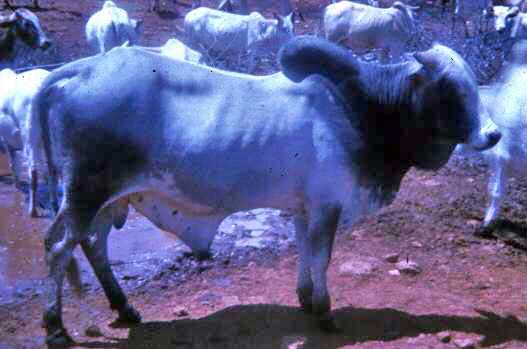 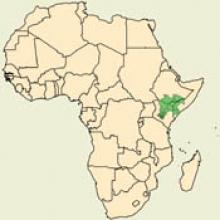 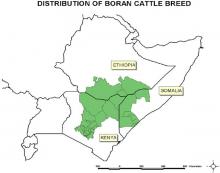